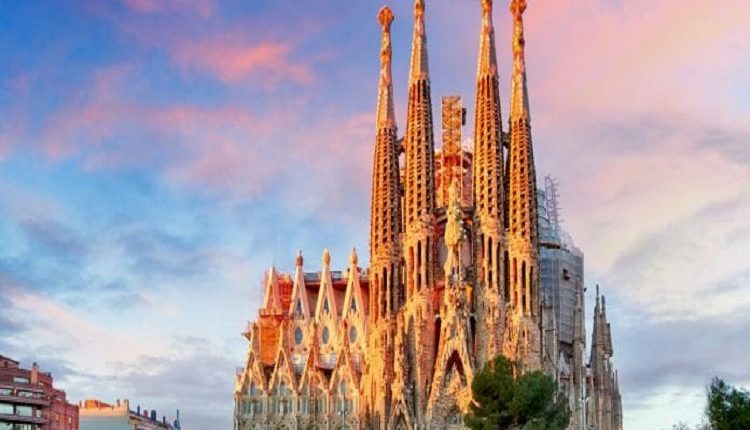 I made it! After nearly two days of traveling, I made it to my first destination: Barcelona, Spain.

Despite getting lucky at the airport, the trip was a long one. After several previous canceled flights (due to weather), I convinced the airline agent to rebook me on a direct flight (from a different airline) to Frankfurt, saving me the extra train trip from Cologne to Frankfurt (and some time to catch my next flight).

The first plane ride (operated by Northwest Airlines)was uneventful. The Ryan Air flight from Frankfurt Hahn to Barcelona was interesting, to say the least. It was full of a younger European football (soccer) team, who continued to chant songs and cheers the entire trip. If you are curious about budget airlines like Ryan Air you can check out my previous blogs explaining how they operate here

It cost twelve euros to get from Girona airport to Barcelona. If you have the time it is recommended that you also walk around the city of Girona. It is about an hour’s ride to Barcelona. The bus stops at the main bus terminal.

It is recommended that you stay near las ramblas. This is the main street and tourist destination. There are SEVERAL affordable hostels and budget hotels that are all over the city. Since I am traveling here with my mother, we decided to stay at a nicer hotel. We stayed at the Villia De Emilia, a four star hotel located slightly outside of the city center. It was a little farther out (about twenty minutes walking from Las Ramblas) but the service was amazing and up to American standards for customer service (which is unusual for European hotels). It was however very expensive (around $190 a night). Normally I opt to stay in youth hostels. They are much less expensive and provide a nice opportunity to meet other young travelers (in Barcelona they cost around ($20-$30). However, for this trip (with my mother) the nicer hotel was a perfect option. When my mother arrived (and her bags did not) she was very distressed (we had a cruise the following day). The hotel worked all day to try to retrieve the bags. I arrived late in Barcelona (receiving my luggage and getting to Girona airport took much longer than I expected). The hotel receptionist could sense that my mother was worried and called all the airports to have me paged. The receptionist stayed well after his shift was over to make sure that I arrived and that my mother’s fears were calmed.

Watch your things: It is important to watch your items closely. While this is true everywhere, Las Ramblas street is particularly known for its pickpockets.

Learn Spanish: In MANY places in Europe, you can get by pretty easy by only speaking English. In Spain, this is simply not true. If you do not speak the language it is harder to get help. A good idea is to buy a simple phrasebook. I have found that even if you attempt to speak Spanish, people are much more friendly towards you. When approaching someone instead of asking them in English, first ask them nicely if they speak English. If they say no, try your best to get the message across that you need help before they walk away.

Las Ramblas: This is a great place to see, however, if you plan on purchasing anything (including food and souvenirs) it is advised that you wonder off Las Ramblas. Food on Las Ramblas is about twice the price of food in the rest of Barcelona and often the quality is worse. To give an example, on Las Ramblas I could buy a small personal pizza for about 10 euro. Right off of Las Ramblas I found a nice buffet for about 9 euro including all you can eat pizza, frozen yogurt, and more.

You have several options on how to see the city. It seems that the most common option is the bus tour. It has three different lines and takes you through most of the city. The drawbacks to this method is that there is a long wait for the bus at many of the larger destinations. At one point the wait was over an hour long. It also costs 19 euro for a one day pass (the bus operates from 9:00 AM – 7:00 PM). If you are the type that likes to see all of the tourist spots than the bus tour is probably for you, but if your like me (and can only take so much of the site seeing) I found that it was much easier to get around to the more popular destinations using the metro and walking.

Preparing for Your Backpacking Trip Abroad